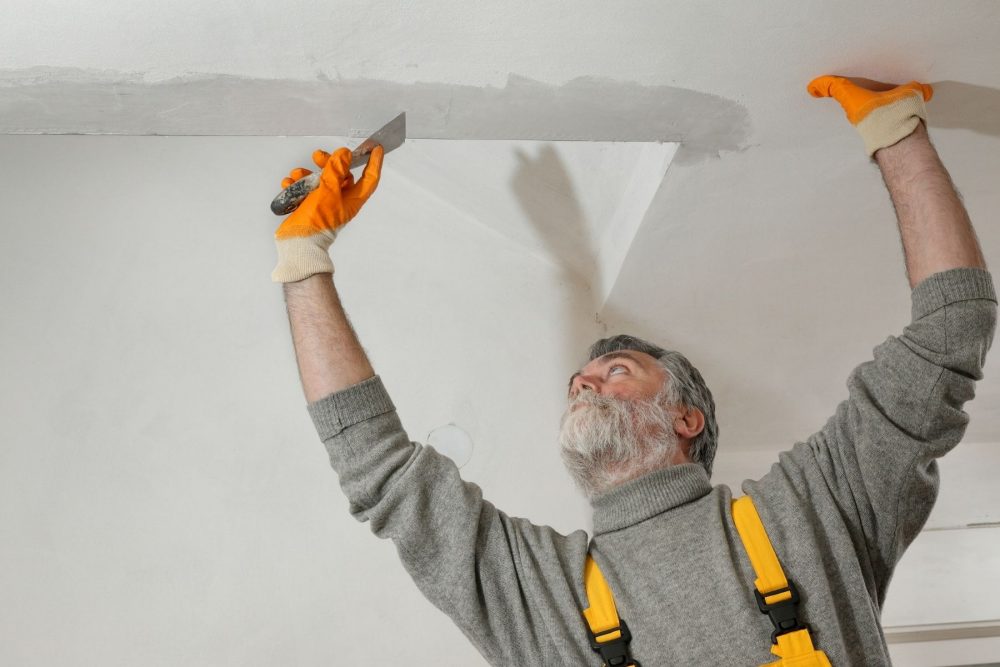 We get many requests to quote for a new ceiling as the plasterboard ceiling is sagging and looks unsafe and unsightly.
Often a sag in the ceiling is not noticed until it does look unsafe.
One thing that is easy to fix is a sagging ceiling when you catch it early enough. Even a moderately sagging ceiling does not necessarily need to be replaced and it can be fairly straight forward to reattach it

Warning Signs Of A Ceiling That Is Sagging

A simple way of knowing if you have plasterboard starting to sag is by simply pushing the area of ceiling up. If you can move it upwards then it has started to come away from the ceiling joists.

One thing that is easy to fix is a sagging ceiling when you catch it early enough.
Even a moderately sagging ceiling, it does not necessarily need to be replaced and it can be fairly straight forward to reattach it

Plasterboard is normally attached to framework by adhesives and drywall screws or nails.
Plasterboard is deceptive in that it looks fairly lightweight but it is a heavy material. When it is a fixed to a wall, the weight of the plasterboard is more evenly distributed but when attached to the ceiling it does require a lot more care in how it is attached.
If a ceiling collapse happens – It is several hundred kilograms of building materials dropping down plus the insulation and years of dust.

Reasons for Plasterboard Ceilings to Sag

Plasterboard ceiling can start to come away from the framework for a number of reasons, including:

A  building inspector may pick up on some issues with the framework spacing but issues with the attachment of the boards does not happen until something is noticed.
A well built ceiling is requires correct fastening with stud adhesive as well as plasterboard screws or nails.
You cannot check the application of the adhesive once the plaster boards are attached

We mentioned before that ceiling plaster is heavy. A typical sheet of plasterboard weighs over 50kg and it needs to be securely attached.

Over time the forces of gravity can loosen screws and nails Overtime adhesive can start to weaken and the boards come away from the beams.

When a section of board starts to come away it starts to put stress on the rest of the board and the screws and adhesive that is holding it in place.
It starts a domino effect and eventually the entire length becomes detached.

This needs to be undertaken when the the ceiling sheets have become too bowed or distorted which happens due to length of time the sheet has been curving downwards.

The home owner will have a total ceiling collapse if it is not replaced
The old plasterboard ceiling and cornice will need to be removed before installing new sheets.
Added repairs to the support walls maybe needed if they are showing signs of damage.
New cornices will be added as well as the need for any extra load bearing timber structures if it is not spaced out in the correct spacing requirements

If the sagging area is contained to one small section or the sagging is noticed early on. It is easy to place new screws into the boards and reattach it to the battens.

Screwing the sheets at 300mm intervals will to pull the plasterboard back into place and fix it securely to the ceiling timbers. The entire repair process can be done in under an hour
The screws are then covered with plaster and the ceiling repainted when the plaster patch is dry.

If new screws placed into the sagging area are not holding and popping out then you can use battens or supports to hold the plasterboard sheets flattened out and into place.

The boards should have adhesive reapplied from above in the roof cavity and screws also used to have the boards firmly secured from below.

The battens hold the sheets firmly into place while the boards take on their new shape and the adhesive dries and it is usually left for a week to be reset You may have to weigh up the cost and time for this to be done and it may work out to be easier to replace the entire ceiling linings if it a large area that needs to be repaired this way.

If you have high set ceilings you could opt for a cover up and by that we mean to leave the existing ceiling in place and simply build another ceiling underneath it. Doing this will reduce your ceiling height by around 300mm
The benefit of this method is it will save time, mess and allow the existing insulation to remain in place and save on clean up and tip fees when disposing of the old plasterboard.

Make sure that when you do have a problem with your ceiling, that you ask about the option of repairing as well as replacing.
Sometimes a ceiling repair is possible and other times replacing the ceiling will be more cost effective.
To have your sagging ceiling fixed or replaced – Contact the team at Brisbane Plaster Pro 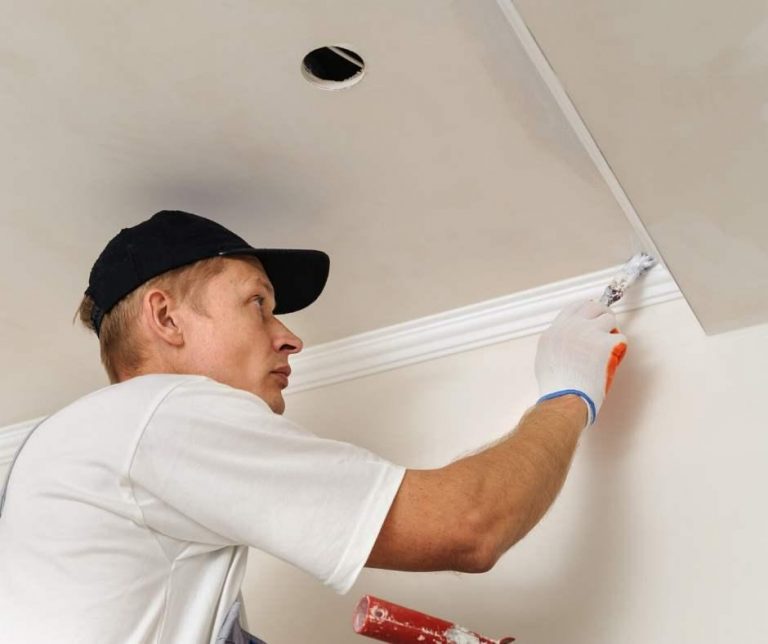 Brisbane Plaster Pro We are professional plasterers with over 25 years experience! Call today to see if we can help you! Drop us a line Send Message Need A New Ceiling? New Ceiling Options You are reclined back on the couch and you happen to look up and that is when you notice it! The… 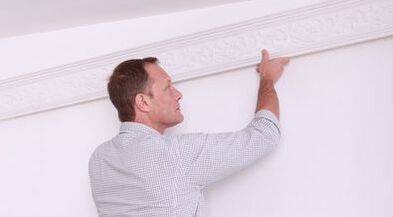 Brisbane Plaster Pro We are professional plasterers with over 25 years experience! Call today to see if we can help you! Drop us a line Send Message Cornice And Ceiling Roses Decorative Cornice When renovating an older style home, one area that home owners may overlook is the ceiling and the plaster design options that… 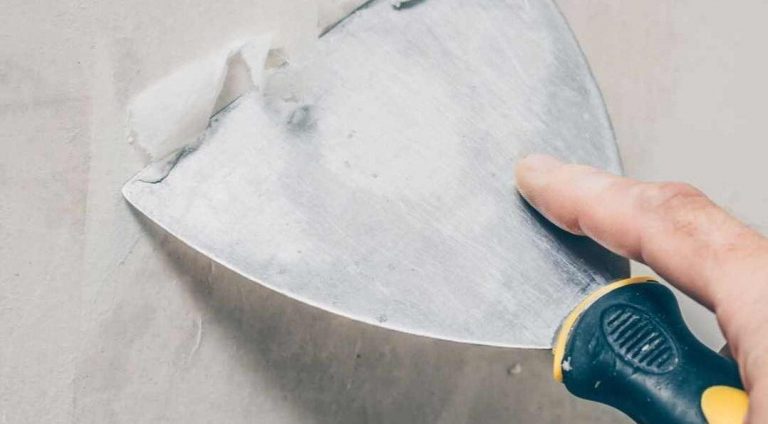 Brisbane Plaster Pro We are professional plasterers with over 25 years experience! Call today to see if we can help you! Drop us a line Send Message Plaster Repairs How To Fix a Hole In A Plaster Wall Plaster is a fantastic building material and pretty robust when it is taken care of. Keeping your… 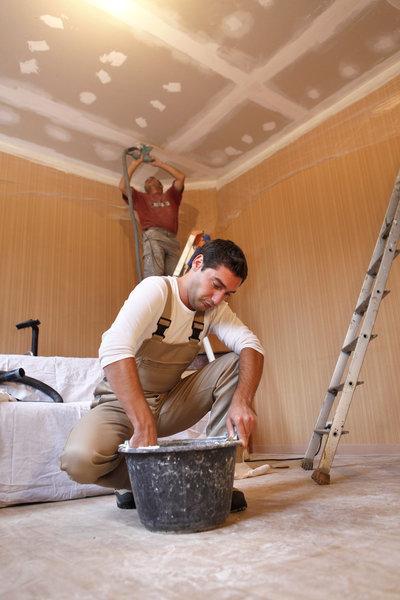 Brisbane Plaster Pro We are professional plasterers with over 25 years experience! Call today to see if we can help you! Drop us a line Send Message Brisbane Plastering Professionals Explain The Different Types Of Wall Plaster When doing research for new plaster walls there can be many different terms and product names thrown around…

How to soundproof a room is a request that is becoming more commonly asked. With homes being built closer to each other and majority of new homes having lighter weight building material used such as stud frame walls with plasterboard.Noise levels can get loud.People want to be able to enjoy their homes without causing friction with their neighbours…